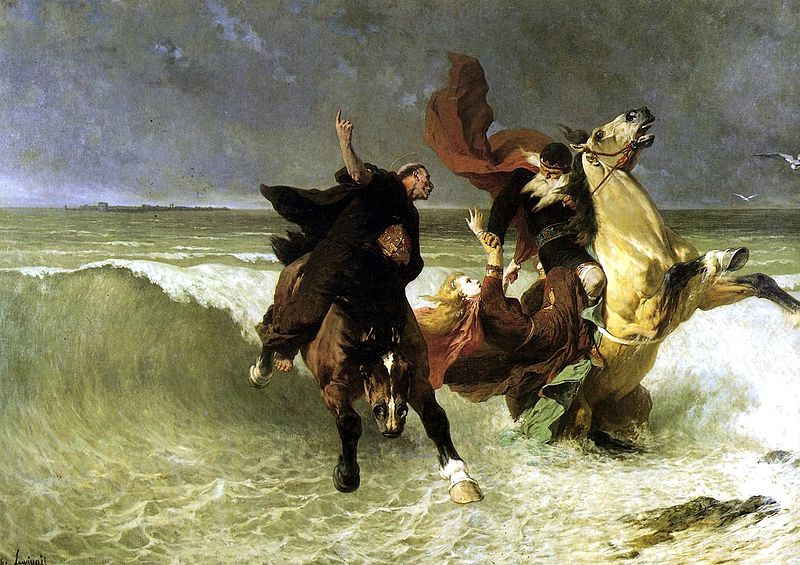 Half a nation drowned by water,

Half consumed by fire.

Those who profit, smug with laughter,

Ash comes floating from the heavens,

Preachers close the doors of churches,

Calmly fold their hands, and grin.

We who listened, we who bargained,

Do not heed such prayers.

Sorcerers of coal and oil,

We invoked, they came.

Never mind the prayers and praises,

Gods as deaf as us have gathered:

Storm and flame and wind.

Now the gates of Ys are opened.

Now the ocean rushes in.